The Advertising program at the London College of Communication presents The Future of Text Symposium III: 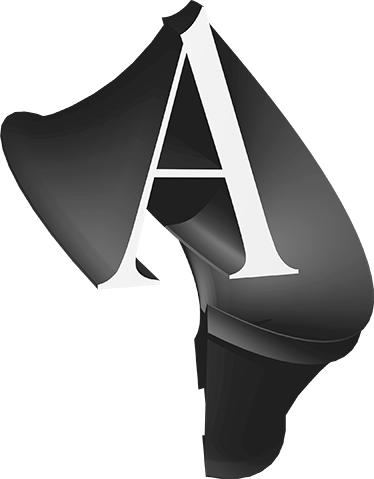 The symposium is centered around the premise that the written word is a fundamental unit of knowledge and as such is of universal importance.

The written word has continually evolved since its first appearance some five and a half thousand years ago, and moreover, it has evolved in particular evolutionary environments. Today's environment with digital text is as far removed from the printed book as the printed book is from the first scratchings on clay.

Looking back at what choices were made and which possibilities were discarded, gives us a greater understanding of the multiple functions of the written word and this can inform how we consciously evolve text for the future; how we will innovate.

Each speaker will have 20 minutes including dialog.

If you have any questions please contact the organizer, Frode Hegland who is a lecturer at LCC and a software developer at Liquid Information: frode@liquid.info

The first two events were hosted at The British Library 2011 and 2012. Frode Hegland's blog, which covers FoT is at wordpress.liquid.info

The event is supported by Liquid Information, developing powerful software for deep literacy:

The event is generously supported by Vint Cerf:

Refreshments sponsored by and provided by Starbucks, continuing and supporting the great British coffeehouse tradition:

The event is supported by The Marshall McLuhan Center, Promoting Excellence in Education for the 21st Century:

The Future Of text is a Deep Literacy Initiative: 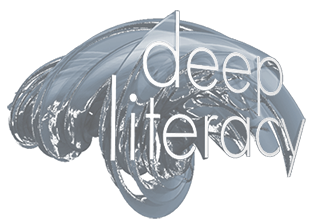 Before we can look at the future of text we need to take a step back and try to unlearn, to un-culture ourselves of the current way of doing symbolic notation we are living in and with.

The present is only one possible outcome of the past - what other useful outcomes could there have been? What can we learn if we manage to think fresh and what lessons of remote history is relevant for today?

Chris will set the scene for the day: The story covers the major stages in the evolution of our species and how it framed our physical and mental worlds. Who were these creatures who have been physically identical to use for at least 100,000 and to a large degree 200,000 years but who only invented writing 5,000 years ago?

Jonathan will start us off with the history of the very first writing. Under what circumstances was writing invented and by whom? He will also explore some of the enduring mysteries clouding the origins of writing.

John Baines of Queen's College Oxford : YouTube
Professor of Egyptology and Fellow of The Queen's College , John Baines will continue the journey with the origins of Egyptian Hieratic and Hieroglyphic and how it became our own alphabet.

John takes the story further with the origins of our own writing and what would become our alphabet, an invention the world would have just once. What was writing to the ancient Egyptians - how was it used in its earliest stages, how was it different from what we consider writing to be today, and what was the evolution and co-evolution of hieratic and hieroglyphic writing?

Ingrid will present a personal perspective from the home of the alphabet.

the shape of sound

Timothy will take a longer look at the evolution of writing from the Egyptians til today. The story of the changing shapes of our means of written communication.

Tom Standage of The Economist : YouTube
Editor of Economist.com and author, most recently of Writing On The Wall and TED X presenter.

Tom will look at the evolution of communication from a social perspective. He will argue that when considered in the wider context of communications history, social media is not a fad, and it is the mass media of the past 150 years that is the anomaly.

David Bellos of Princeton University : YouTube
Author of many works including ‘Is That a Fish in Your Ear?: Translation and the Meaning of Everything’,

David will present wider issues of language and writing from a translators perspective. Translation occurs between languages but also across dialects, between forms and cultures. What can the act of translation teach us about the act of writing and the act of thinking?

Vint Cerf of Google : YouTube
Co-inventor of the internet,

Vint will discuss the problem of bit rot and the preservation of digital content over 1000's of years.

Ted Nelson : YouTube
Ted is a visionary who not only first saw the potential of interactive text, but who also coined the term ‘hypertext’

Ted will present his alternative and rich view of interactive text.

Bob Stein : YouTube
Director of the Institute for the Future of the Book

Bob will look at the future of publishing, with a rich background in early electronic books..

Keith will talk about why word processors have failed us, and show highlights of the Author and Liquid projects.

Frank Mehan of Spark Labs : YouTube
Frank will be talking .about his rich history in the industry and future potential

Artist David Jablonowski has a very different view of what technology is.